The New York times daily revealed Thursday that that the United States is significantly stepping up its support for the Syrian opposition. According to senior administration officials, US is helping to train rebels at a base in the region and offering armed groups nonlethal assistance and equipment that could help their military campaign. “The training mission, already under way, represents the deepest American involvement yet in the Syrian conflict, though the size and scope of the mission is not clear, nor is its host country,” the daily stated. In parallel, it highlighted that “the offer of nonlethal assistance is expected to come from Secretary of State John Kerry at a meeting on Thursday in Rome with opposition leaders.” “Kerry is also expected to raise the prospect of direct financial aid, though officials cautioned that the White House still had to sign off on all the elements,” it clarified. This comes hours after Kerry declared in Paris that the Syrian opposition needed additional assistance and indicated that the United States and its partners planned to provide some. Under a broad definition of “nonlethal,” assistance to the opposition could include items like vehicles, communications equipment and night vision gear. Since the conflict erupted two years ago, the United States has sent $365 million in aid to Syrian rebels. Meanwhile, the report claimed that “to blunt the power of extremist groups, the United States wants to help the Syrian Opposition Council.” The United States is not the only nation that is planning to take the step of sending assistance to armed groups. Last week, the European Union agreed to a British proposal that nonlethal equipment could be sent. 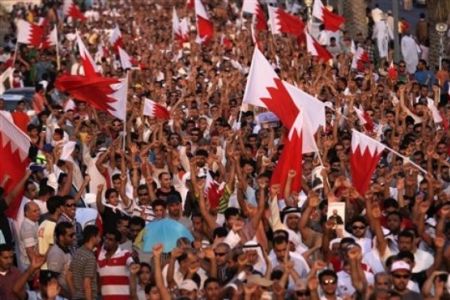