The Syrian Army troops pushed the Al-Nusra Front (Tahrir al-Sham Hay’at or the Levant Liberation Board) back from more regions and cut off all the supply lines between Beit Jinn and Mughur al-Mir regions, two main bastions of the Al-Nusra in Southwestern Damascus.

The army men clashed with the Al-Nusra near Beit Jinn Farm and the village of Mughur al-Mir in Southwestern Damascus, killing a number of terrorist and destroying their military vehicles.

Also, the army’s artillery and missile units pounded the positions and supply lines of the Al-Nusra in the region.

A field source reported that the army has closed off the entire supply lines of the Al-Nusra connecting Beit Jinn Farm to the village of Mughur al-Mir and Mughur al-Mir hill.

The Al-Nusra has suffered heavy defeats and has lost a number of field commanders in the battlefield and is on verge of collapse in Southwestern Damascus.

Well-informed sources said on Tuesday that the army men, backed up by the artillery and missile units, launched a major offensive on the Al-Nusra in Southwestern Damascus and captured the strategic Marwan hill, deploying only 500 meters away from the small town of Mughur al-Mir that is the main strongholds of Al-Nusra in Western Ghouta.

They went on to say that the army is resolved to purge Beit Jinn and Mughur al-Mir regions of terrorists after Al-Nusra rejected the army’s conditions to deliver the two regions to the government forces without clashes. 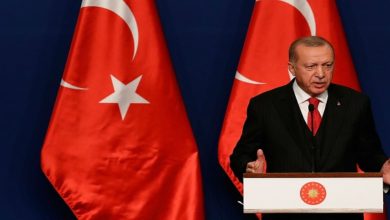