A Syrian military commander said the recent US airstrikes against the Arab country’s army were launched in line with supporting and reinforcing Daesh-linked militants operating near border areas.

“The aggression carried out by the US-led coalition against a Syrian military position near borders of Syria and Iraq was aimed at supporting terrorist groups affiliated to Daesh (ISIL or ISIS),” told Brigadier General Mohamed Abbas.

Late on Thursday, the US military launched an attack against a convoy of the Syrian military heading towards the border near Jordan where Daesh terrorists are based.

Abbas added that the attack hampered efforts by the Syrian army and its allies to fight Daesh terrorists in the area.

Referring to a massive military exercise recently launched by the US and Jordan near the Syrian borders, he added the Syrian army has fortified its positions in southern edges of the country near borders and this has raised concerns among US officials.

The exercise codenamed “Eager Lion” involved 7,400 troops. Although most were from the US and Jordan, troops from more than 20 countries, including Britain, Japan, Kenya and Saudi Arabia, participated in the program.

Syrian forces are now making advances towards the east to foil US strategic schemes and not allow foreign-backed forces to reach the eastern province of Deir ez-Zor.

“Syria and Iraq are coordinating with each other at the highest possible level”, the Syrian commander further said.

Over the past six years, Syria has been fighting foreign-sponsored militancy. UN Special Envoy for Syria Staffan de Mistura estimated in August that more than 400,000 people had been killed in the Syrian crisis until then. The UN has stopped its official casualty count in Syria, citing its inability to verify the figures it receives from various sources. 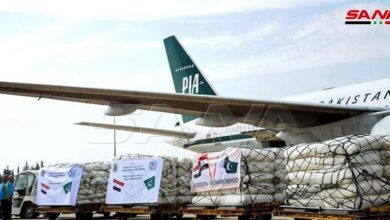 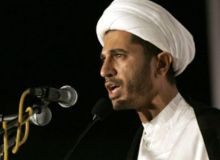