Syrian President Bashar al-Assad in an interview published on Thursday said there is no “option except victory” in the country’s six-year-long war against foreign-backed militants.

“As I said a while ago, we have a great hope which is becoming greater; and this hope is built on confidence, for without confidence there wouldn’t be any hope. In any case, we do not have any other option except victory,” Assad said in an interview with Croatian newspaper Vecernji List, SANA news agency reported.

“If we do not win this war, it means that Syria will be deleted from the map. We have no choice in facing this war, and that’s why we are confident, we are persistent and we are determined,” he added.

Elsewhere in the interview, the Syrian president referred to the role of certain Persian Gulf Arab states in funding terrorist group in the Arab country, saying, “Most (Persian) Gulf states are satellite states which do not dare say no. Some of them say: “We support you but cannot say so publicly. We wish you victory in your war and hope you’ll be able to preserve a united Syria and to defeat terrorists,” but in public they say something different, because they are submissive to the Western will. Most (Persian) Gulf states, if not all of them, were created by the British at a certain stage and handed over to the Americans at a later stage. That’s why we cannot make a judgment on why they say something or why they say the opposite.”

Over the past almost six years, Syria has been fighting foreign-sponsored militancy. UN Special Envoy for Syria Staffan de Mistura estimated in August that more than 400,000 people had been killed in the Syrian crisis until then. The UN has stopped its official casualty count in Syria, citing its inability to verify the figures it receives from various sources. 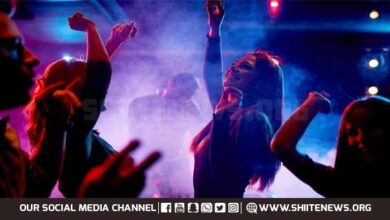 Assad to UN Envoy: There Won’t Be Geneva III, Talks with Opp. Only in Damascus