As the Daesh (ISIS / ISIL) Takfiri terrorist group is losing ground both in Syria and Iraq, it is now resorting to more desperate means of carrying out terror attacks: planting bombs in the copies of the Holy Qur’an.

According to Colonel Steve Warren, a spokesman for the so-called US-led coalition against purported Daesh positions in Syria and Iraq, the militant group, which is “beginning to crack”, has booby-trapped areas it has lost.

“These guys are disgusting, they have left bombs in refrigerators, … they have put bombs inside the Holy Qur’an – we found that on several occasions in Ramadi,” the capital of Iraq’s western Anbar province, Warren said at the Foreign Office in London on Monday.

He said that the terror group has so far lost about 40 percent of its territory and its manpower is drying up, adding that the Takfiris are now forcing more children to take up arms as the flow of foreign militants into the region has significantly declined.

Planting explosives in least expected places, including inside the copies of Islam’s holy scripture, is not a new technique employed by the Takfiri terrorists.

Back in June 2015, after flushing out Daesh terrorists from the eastern parts of the Iraq’s Diyala province, Iraqi security forces found a series of booby-trapped Qur’ans in the areas Daesh had fled.

Gruesome violence has plagued the northern and western parts of Iraq ever since Daesh terrorists launched an offensive in June 2014, and took control of portions of Iraqi territory.

The militants have been committing heinous crimes against all ethnic and religious communities in Iraq, including Shias, Sunnis, Kurds, Christians and others.

US to Accept President Assad’s Stay in Power until 2021 Elections: New Yorker 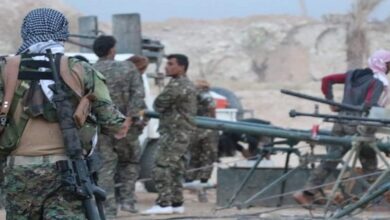