he General Command of the Syrian army confirmed that Zahran Alloush, the leader of terrorist so-called group “Jaish al-Islam” was killed along with other militant commanders in a strike carried out by the Syrian air force.

“Zahran Alloush and a number of leaders of the terrorist organizations “Jaish al_Islam,” “al-Rahman Legion,” and “Ahrar al-Sham” were killed in a special operation conducted by the Syrian Air Force against terrorists’ bases in the Eastern Ghouta area, Damascus Countryside,” Sana news agency quoted the General Command as saying in a statement on Friday.

“After a series of surveillance and monitoring operations, based on accurate intelligence, and in cooperation with upright citizens, the Syrian Air Force conducted a special operation that targeted bases and concentrations of terrorists in the Eastern Ghouta.”

The statement said that this operation is part of the Syrian Arab Army’s mission to confront terrorism until it is uprooted and until security and stability are restored to the entirety of Syria, voicing determination to continue this mission and calling on all those who bear arms against the state to lay down their weapons, resolve their legal status, and help protect Syria from terrorism. 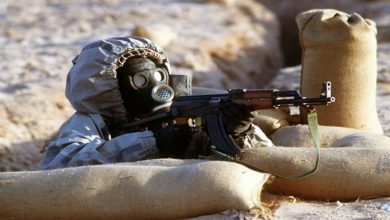 US Chemical Attack Claims Made to Impede Anti-Terrorist Attempts: Syria