Russian long-range warplanes have carried out 145 sorties against Islamic State targets since joining the country’s anti-terror campaign in Syria in mid-November.

The crews of Tu-22 (Blinder) and Tu-160 (Blackjack) strategic bombers took off from airfields in Russia and spent 16 hours in the air to fulfill their combat tasks in Syria, he added.

“It was extraordinary and new how the Tu-160s performed their sortie from our northern airfield of Olenegorsk, flying around Europe, entering the Mediterranean and by carrying out missile launches at IS targets in Syria. Notably, those targets were hit with high precision,” he added. Olenegorsk is in Russia’s northwestern Murmansk Region.

The Tu-22s carried out the bombings, while cruise missiles of both new and old modification were fired by Tu-160 aircraft, Konovalov said.

Also on Saturday, Vladimir Putin said that the Russian military hasn’t yet used all its capabilities during its air campaign in Syria, adding that external means may be implemented if necessary.

“We see how effective our pilots and intelligence officers are [in Syria], how effective they are in coordinating their efforts with each other and different military branches – Army, Navy, Air Force,” he said.

The president insisted that “the most modern weaponry is employed” during the operation, but stressed that Russia “is using everything it has in its possession” against Islamic State and other terror groups.

“We also have additional means. If there’s such a need we’ll implement them,” Putin said.

Defense Minister Sergey Shoigu said that the involvement of its fleet of 25 strategic bombers allowed Moscow to double the number of airstrikes in the country.

The announcement of long-range aviation involvement in Syria came days after the deadly IS attacks in Paris and official confirmation that the crash of the Russian A321 jet
over Egypt’s Sinai Peninsula in late October was caused by a terrorist bomb attack.

Previously, sorties in Syria were carried out exclusively by Sukhoi warplanes, including the cutting-edge Su-34 as well as the tried-and-tested Su-25 and Su-24M aircraft.

Russia has been conducting dozens of combat flights against Islamic State and other terrorist targets in in the country on a daily basis since September 30 after an official request by President Bashar Assad.

166 Terrorists killed in Aleppo in Past 2 Days by Syrian Army: SOHR 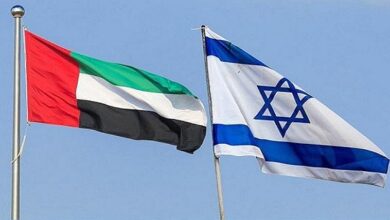