The sound of firing are still being heard in Jabhat al- Nusra-held town of Sahem al- Golan in the western countryside of Daraa, where SOHR had been informed that the sound caused by firing by Jabhat al- Nusra fighters “cheering” of killing Abo Ali al- Baridi, who is known by “Al- Khal” and who is the leader of IS-pledged allegiance brigade of Shohadaa al- Yarmouk, and 2 other leading figures in the brigade, certain information about killing 2 other fighters from the same brigade.

Jabhat al- Nusra targeted them by an explosion in Jomlah area in the western countryside of Daraa at the border with the occupied Syrian Golan.

The western countryside of Daraa has witnessed violent clashes between Shohadaa al- Yarmouk Brigade against Jabhat al- Nusra and the Islamist factions since the day before yesterday, the clashes accompanied by intense shelling by the two parties and explosions carried out by the brigade and targeted headquarters of the Jabhat al- Nusra and the Islamist factions in Sahem al- Golan and Hit, as well as hit-and-run military operation ended by retaking Sahem al- Golan after hours of seizing it by Shohdaa al- Yarmouk.

The clashes also resulted in the death of at least 15 militants from the brigade, including non-Syrian militants, 2 of them executed by Jbahat al- Nusra, as well as the death of more than 13 fighters from Jabhat al- Nusra and the Islamist factions.

Popular Forces Attack US Base in Raqqa 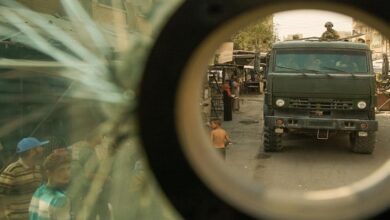 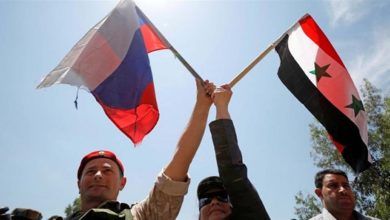 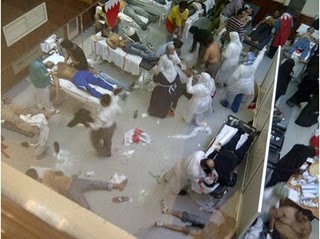