Benjamin Netanyahu, Zionist’s prime minister, has issued a veiled threat to intervene directly in Syria’s civil war for the first time, after Syrian “rebels” surrounded a village occupied by the Druze minority close to the border, Guardian reports.

Monitors from the Syrian Observatory for Human Rights said the village of Khadr was now surrounded by terrorists, who had taken a hilltop immediately to the north.

Druze leaders in Israel and the Golan Heights warned that they might storm the frontier to save their relatives, fearing a sectarian massacre.

Netanyahu said he had given “instructions to do what is necessary” to help Syria’s Druze. Israel also warned Syrian “terrorist” groups operating in southern Syria not to attack and to stay away from Khadr.

Local media reports said the Israelis was considering establishing a buffer zone on the Syrian side of the border for refugees – a move that would be an unprecedented step given decades in which the frontier has been a “frozen zone”.

The crisis over the Druze intensified on Tuesday night, as fighting between Jabhat al-Nusra – al-Qaeda’s Syria affiliate – Syrian rebels and the Syrian army intensified in southern Syria.

Smoke rises after an explosion in the fighting between Syrian Army and terrorists on the outskirts of the Druze village of Khader in Syria, seen from the Israeli occupied Golan Heights AP reports.

Jabhat al-Nusra have insisted they are not intent on killing Druze, a sect that hardline “jihadists”(terrorists) consider to be heretical or apostate from true Islam. They even killed 20 Druze in a village in northern Syria in a dispute over property.

On Tuesday, the Israeli Forces temporarily declared an area in the northern Golan Heights a closed military zone.

The move was done “in order to prevent gatherings near the border, which would interfere with IDF—Israeli forces— activities, and was not related to the fighting in Syria”, an IDF spokesman said in a statement to The Telegraph.

“Similar sentiments were heard in demonstrations taking place in the northern town of Majdal Shams this week – the closest Israeli-Occupied town to Khadr. “With our blood, with our soul, we will defend Suwayda, our Syria”, crowds of Druze chanted.”

The closure, which lasted for several hours, came amid concerns that the Druze in Israel and the Golan Heights may congregate and even attempt to breach the border into Syria in order to save their brethren.

There are also Druze in Israel itself. A Druze former MP, Salah Tarif, told Israel’s Walla News website: “We are ‘at the ready’, so that if there is something that will require our intervention, we will not hesitate to do it.”

A member of the Druze minority waves the Druze flag as they watch the fighting between Syrian Army and rebels in the Druze village of Khaddar in Syria according to AP.

Mr Tarif added that many Druze would cross the border into Syria “without hesitation”.

Similar sentiments were heard in demonstrations taking place in the northern town of Majdal Shams this week – the closest Israeli-Occupied town to Khadr. “With our blood, with our soul, we will defend Suwayda, our Syria”, crowds of Druze chanted.

Hassan Safadi, a vet based in Majdal Shams, told The Telegraph that a major battle between the residents of Khadr and Jabhat al-Nusra forces took place the previous evening, but that the Druze had succeeded in defending themselves on Tuesday evening, suffering only one casualty.

“They had a huge attack yesterday and they (Jabhat al-Nusra) occupied the Tal Ahmar hill for an hour”, he said. In the end, the Druze defended their positions.

“They have been hiding ammunition, heavy artillery and weapons for some time”, said Mr Safadi, citing communication with friends and relatives across the border.

Nonetheless, Mr Safadi said that the Druze in Khadr were already “preparing themselves for another round” of fighting with Jabhat al-Nusra. 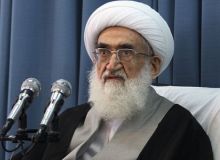 Russia Ready to Confront US Plan B in Syria