After gruesome atrocities, the ISIS has yet another time come out with a fresh reason for public spanking and this time pigeon breeders are its target. In its new order, the ISIS has banned pigeon breeding as they believe that seeing birds’ genitals is an offence to Islam.

A media report says that ISIS feels that watching the genitals of birds’ flying in the air is actually disturbing and distracts them from worshipping.

In their fresh official diktat, they said that people who have been keeping pigeons have only one hand in hand to get away with it, adding that people could even face jail for continuing to keep pigeons as pets.

Scripted in Arabic on paper headed with the terror group’s logo, the document starts with a chilling warning to locals who keep pigeons on the roof of their houses.

“All those who keep pigeons above the roofs of their houses must stop doing this entirely within a week of the date of the issuing of this statement,” the militants say.

Three pigeons were executed this year by the ISIS after they found them rearing the birds.

It was reported that 15 boys had earlier been arrested in the case who considered pigeon breeding as hobby on the grounds that it stopped them spending their time worshipping Allah.

However, the families of the surviving boys claimed of forcibly paying as much as £1,200 each to lock their release.

The eyewitnesses explained that the ISIS members were on a hunt and explored every house for the pigeons and stuffed all the found birds in a bag and took them away to burn.

A 52-year-old farmer, Abdullah while speaking to a news organization informed that he had to borrow money from family members to get his son released from the ISIS militants along with some jewellery handed over to them. He further claimed that his son was brutally beaten by them and warned not to keep pigeons again.

While the initial warning of ISIS this year to ban pigeons was widely assumed as the birds being used to either smuggle anti-ISIS messages or cigarettes, the new document clears up the misunderstanding.

A popular hobby, pigeon breeding is said to be going down due to extremist Islamist fighters as they believe it is an interruption from worshipping Allah. 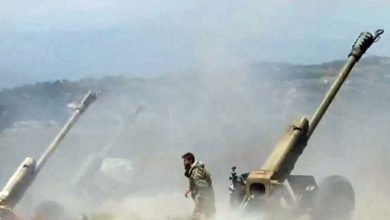