Syrian President Bashar al-Assad is open to having a dialogue with the United States, but there can be no “pressuring of the sovereignty” of his country, he said in an excerpt of an interview with CBS aired on Thursday.

Asked about recent comments by US Secretary of State John Kerry that Washington would have to negotiate with the Syrian leader to end the conflict there, Assad said: “As principal, in Syria we could say that every dialogue is a positive thing, and we are going to be open to any dialogue with anyone, including the United States, regarding anything based on mutual respect.”
While saying there had been no direct communication between Damascus and Washington, Assad, who has been fighting ISIL and other rebels since 2011, added: “Any dialogue is positive, as I said, in principal, of course, without pressuring the sovereignty of Syria.”
He denied that any contacts have been established between Damascus and Washington so far and said there has been no communication between the two countries yet.
US Secretary of State John Kerry said on March 15 that talks with Syria’s Assad may eventually be needed. His proposal triggered harsh reactions and criticism, especially in those countries that support the armed terrorists in Syria.

Syrians in France Denounce Qatar’s Role in Conspiracy against Syria 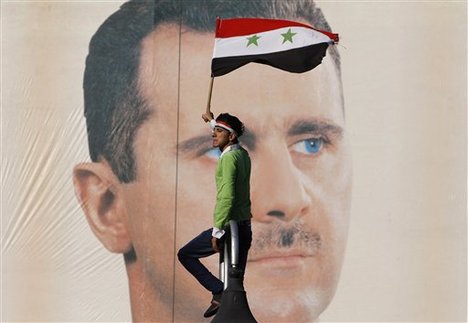