The Syrian government has strongly condemned the recent Israeli airstrikes on the Aleppo International Airport in the northern part of the Arab country, saying it amounts to a “war crime.”

The missile strike on Tuesday damaged the international airport’s runway and rendered it out of service for the second time in less than a week.

“The recurring Israeli attacks, especially the systematic and deliberate targeting of civilian objects in Syria – the latest of which was the targeting of Aleppo International Airport yesterday – amounts to an act of aggression and a war crime according to international law,” the Syrian Ministry of Foreign Affairs and Expatriates said in a statement on Wednesday.

The ministry statement said the Israeli regime “must be held to account” for the latest aerial aggression in the war-ravaged Arab country.

“The occupying Israeli regime is once again threatening peace and security in the region, endangering and intimidating civilians, and jeopardizing the safety of civil aviation in Syria and the region,” the statement noted.

“Syria will exercise its legitimate right to defend its territories and nation through all available means, and to ensure that Israeli authorities will be held to account for their crimes,” it added further.

Syria’s official news agency SANA said on Tuesday night that Israeli jets launched a number of missiles from across the Mediterranean Sea at Aleppo Airport.

The news agency added that Syrian air defenses managed to intercept several Israeli missiles. There were no immediate reports of injuries in the latest attack.

Syria’s Transportation Ministry later announced that all flights were being redirected to the Damascus airport, as the Aleppo airport was “out of service” following the airstrikes.

Another airstrike that night struck a similar navigation system at Damascus International Airport near the Syrian capital.

Syria has been in the grip of foreign-backed militancy since March 2011. The Syrian government says the Israeli regime and its Western and regional allies aid Takfiri terrorist groups that continue to wreak havoc in the country.

Israel frequently targets military positions inside Syria, especially those of the Lebanese resistance movement Hezbollah which has played a key role in helping the Syrian army in its fight against foreign-backed terrorists.

The Tel Aviv regime rarely comments on its cowardly attacks on Syrian territories, which many see as a knee-jerk reaction to the Syrian government’s success in confronting and decimating terrorism.

Israel has been one of the main supporters of terrorist groups that oppose the democratically-elected government of President Bashar al-Assad since the foreign-backed militancy erupted in Syria. 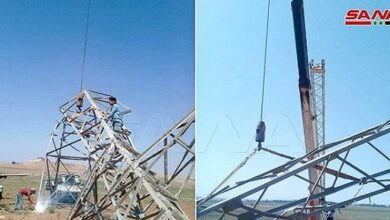 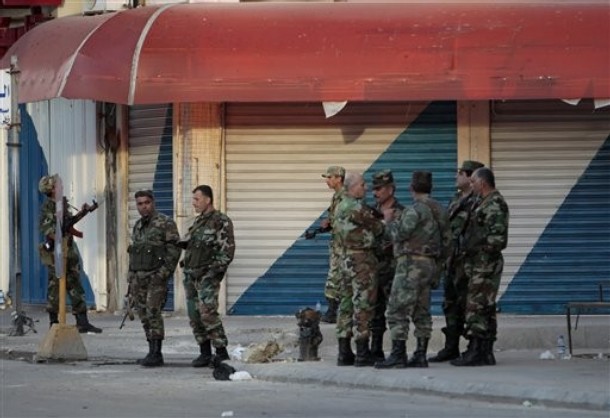