The secretary general of the Organization of the Petroleum Exporting Countries (OPEC) says Iran is one of the most important founding members of the intergovernmental energy body and plays a significant role in bringing stability to the global oil market.

“Iran and Venezuela are among the most important founding members of OPEC. Their role is great in stabilizing the oil market,” Haitham al-Ghais said in an exclusive interview with the Arabic-language and Kuwaiti al-Rai daily newspaper on Sunday.

He said that OPEC’s strength hinges upon its cohesion and solidarity among member states, irrespective of all unfolding international developments.

“OPEC’s important message to the world is that reduction in oil investments will result in increased prices,” Ghais said, stressing that an estimated 500 billion dollar annual investment is required to maintain the current production level of 100 million barrels per day.

The 52-year-old Kuwaiti oil executive argued that the latest surge in oil prices is not exclusively related to the Russo-Ukrainian conflict and that the reduction of surplus production capacity has contributed to the volatility of the market as well.

“The world needs $12 trillion of investment in the oil sector for the next 25 years. We expect the demand to increase by 3.4 million barrels per day this year, and exceed 102 million barrels on a daily basis by the end of 2022,” Ghais said.

“London Stock Exchange and the New York Stock Exchange fix the prices of Brent and West Texas Intermediate (WTI) crude oil, not OPEC. Some consumer countries in Europe, Asia and America have even tapped their strategic reserves in a bid to push down prices,” the OPEC chief added.

Ghais also said that his organization welcomes renewable and clean energy and that oil and natural gas will remain the main energy pillars of the world.

The OPEC secretary general said more than half of the world’s energy comes from oil and gas and it is difficult to replace them.

Analysts expect Iran to increase its supply of oil to the global markets by at least 1 million barrels per day (bpd) immediately after the removal of the American sanctions.

Over 125 Turkish Forces, Allied Militants Killed in Clashes with Kurds in Northern Syria 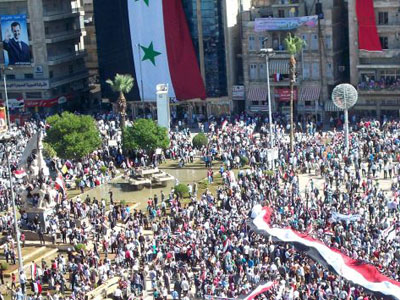 UK signs arms deal with Qatar after US jet sales