Jabal al-Bashari area is said to have witnessed significant activity by remnants of ISIL terrorist group in the past few months.

In the first hours of operations, Syrian army ‌carried out a series of airstrikes and direct clashes with remnants of ISIL which killed and wounded militants of this terrorist group.

Concurrently, Jabal al-Bashri desert in southeast of Raqqa witnessed two terrorist attacks. In the first attack, a civilian bus was targeted which led to the killing of 11 Syrian soldiers and two civilians. In the second attack, two soldiers were killed and another was wounded. 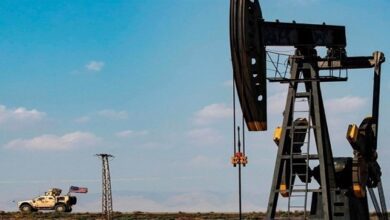 Over 500 killed in Syria air base fighting

‘My Son is a Dog, an Animal’: Father of Jihadi John Says his Son can Go ‘to Hell’