The Al-Merced NGO reports that the city Albuhamal in the Deir al-Zor province of eastern Syria, the modesty squad attacked a woman because her eyes were too exposed to their liking. Two young men who tried to protect the woman were arrested as well.

In Mosul, a center for ISIS in Iraq, the city’s morality police regularly beat women with iron rods who are not dressed modestly according to a strict interpretation of Islamic Sharia law.

Recently, the group published a guide for Muslim women.

Among other things, it was explained in that girls as young as 9 years old can marry, and that the role of women is to stay home unless there is a real need to exit the house. Women are also permitted to be taken captives as prisoners of war, as are children.

ISIS has already explained that Islam calls for non-Muslim women to be forced into sexual slavery, and likewise recently stoned a woman accused of adultery.

Young women have been targeted over and over again by the terror group, which recruits women to support its male terrorists and serve as wives, baby-sitters, and mothers to future fake jihadists. 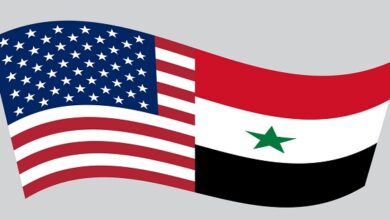