A senior Syrian official says the Israeli regime’s continued occupation of Arab territories poses dire threats to the stability and security of the Middle East region, criticizing the UN Security Council for failure in its responsibility to end Tel Aviv’s land grab.

Speaking at a virtual UN Security Council session on Tuesday, Syria’s Deputy Foreign Minister and Permanent Representative to the United Nations Bashar al-Ja’afari said the Council has not managed over the past 54 years to bring Israel to account for its hostile acts against people in the occupied Arab lands due to the protection that some of the body’s Western permanent members, particularly the US, provide to the regime.

Ja’afari added that Israeli authorities’ disrespect for the international law and resolutions has reached an unprecedented level, as the regime presses ahead with its repeated acts of aggression against Syrian lands in a blatant violation of Security Council Resolution 350 and the 1974 Disengagement of Forces Agreement.

“The past few days have witnessed a sharp rise in the number of Israeli attacks against Syria, the most recent of which took place last Friday, when the regime perpetrated a new act of aggression near the city of Hama, claiming the lives of a couple and two children and wounding four others from the same family. A number of innocent civilians’ homes were destroyed in the process as well,” the Syrian diplomat added.

He further slammed Israel’s arbitrary arrests of local Syrians in the occupied side of the Golan Heights, saying such a practice attest to the regime’s crimes and human rights violations.

Ja’afari called on the UN Security Council to take a prompt measure to ensure the implementation of Resolution 497 and force the Israeli regime to stop its settlement expansion activities and repressive procedures against Syrian citizens in the occupied Golan Heights.

In 1967, Israel waged a full-scale war against Arab territories during which it occupied a large swathe of Syria’s Golan Heights and annexed it four years later, a move never recognized by the international community.

Syria has repeatedly reaffirmed its sovereignty over the Heights, saying the territory must be completely restored to its control.

In March 2019, former US president Donald Trump signed a decree recognizing Israeli “sovereignty” over Golan during a meeting with Israeli Prime Minister Benjamin Netanyahu in Washington.

Syrian Diplomat: Syria fights terrorism on behalf of the world 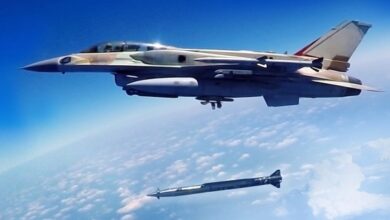