Syria has called on the United Nations to prepare a report on the legality of economic sanctions imposed by the United States and the European Union against the country under the international law and relevant Security Council resolutions.

Syrian Ambassador to the UN Bashar al-Ja’afari, in two identical letters addressed to UN Secretary General Antonio Guterres and the rotating President of the Security Council Nicolas de Riviere on Sunday, urged the world body to assign competent legal and political authorities with the task of preparing an urgent report on the extent to which punitive measures imposed by the US administration and the 27-member EU are compatible with the UN Charter, international law, international humanitarian fundamentals and the Security Council decisions.

Ja’afari highlighted that the report should shed light on the harmful effects that the sanctions have had on the lives of ordinary Syrians, and on the ability of the United Nations to implement its humanitarian assistance programs in Syria.

The Syrian top diplomat further noted that the report should also point to the serious challenges that coercive measures taken by the US and EU pose to the political solution of the conflict in Syria, and the work of UN Special Envoy for Syria Geir Pedersen in this regard.

On June 23, Syrian Foreign Minister Walid al-Muallem denounced the latest round of United States economic sanctions against his country, saying they are meant to revive terrorism in Syria and force Damascus to turn its back on the anti-Israel resistance front.

Muallem stressed that the latest US economic sanctions against Syria do not include any exemptions, and adversely affect the imports of food, medicine and medical devices.

“Syrian people are accustomed to unilateral sanctions, which have been imposed on them since 1978 under various pretexts. Syrians should try to use the latest sanctions as an opportunity to advance the national economy, achieve self-sufficiency, and deepen our cooperation with friends and allies,” he said. 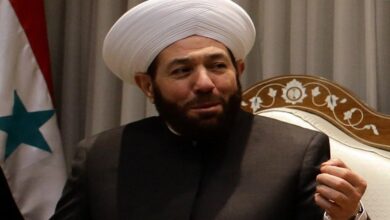