The 44-year-old Syrian and his family are among thousands of recognized refugees about to lose the temporary homes they were given under Greece’s asylum seeker housing scheme.

As of Monday, authorities will start moving more than 11,200 people out of flats, hotels, and camps on the mainland, to make room for other asylum seekers currently living in dismal island camps.

Rahmoun’s family has been given until the end of June to vacate his small EU-funded flat in the port of Piraeus. But he has little confidence that they will find alternative accommodation by then.

“We risk finding ourselves on the street,” the haggard former taxi driver and father of two told AFP.

Greek officials say housing must be secured for other vulnerable asylum seekers on the islands, many of whom “sleep under trees”, Manos Logothetis, the migration ministry’s asylum secretary, said earlier this week.

The migration ministry says the ESTIA accommodation system, managed by the UN refugee agency UNHCR, is designed for asylum seekers.

Once they become full-fledged refugees they have the right to apply for Greek tax and social insurance numbers, and should, therefore, find jobs, the ministry says.

Refugee support groups note that although this is technically true, in reality, applicants face insurmountable difficulties.

The country was recovering from a decade-long debt crisis and jobs were already scarce before the coronavirus pandemic, which is expected to bring additional layoffs.

Refugees with precarious incomes also face reluctance from Greek landlords when they seek to rent lodgings on their own.

“UNHCR is seriously concerned about thousands of recognized refugees expected to leave Greece’s reception system from the end of May,” Boris Cheshirkov, UNHCR spokesman in Greece,told AFP.

Amnesty International condemned “inhumane” measures that Greek authorities have taken toward migrants since Turkey no longer stop refugees in Syria from crossing by land and sea into Greece.

Hey Netanyahu, behave yourself. You are a tyrant: Tayyip Erdogan 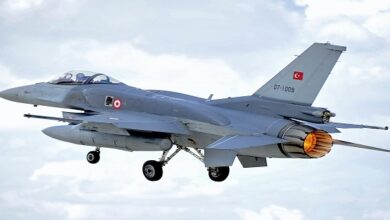