A senior Syrian official has questioned the participation of some countries supporting terrorism in a recent conference to discuss the threat of the ISIL terrorist group held in Paris.

Syria’s Information Minister Omran al-Zoubi expressed astonishment over the participation of countries such as Qatar, Saudi Arabia and Turkey in the conference for combating terrorism.
“It’s illogical that countries involved in supporting terrorism… become partners in counterterrorism,” the Syrian minister further said.
The remarks came after France hosted a conference dubbed the International Conference on Peace and Security in Iraq to discuss ways of tackling the ISIL terrorists in Iraq and Syria amid US efforts to form an international coalition that purports to battle the Takfiri group.
Al-Zoubi also cast doubt on the sincerity of the US in fighting the ISIL terrorist group, saying the move to fight the terrorist group is due to the fact that the group has stepped beyond the limits demarcated for it and is threatening Washington’s interests.
He further condemned the decision to not invite Iran to the conference in the French capital, saying countries have been selectively invited to attend the anti-ISIL conference.
Despite the international community’s emphasis on the importance of Iran’s role in the regional developments, Tehran was not invited to the meeting in Paris mainly due to US opposition.
The ISIL terrorists control large parts of Syria’s east and north. ISIL also sent its Takfiri militants into Iraq in June, seizing large swathes of land straddling the border between Syria and Iraq.
The Takfiri terrorist group has committed heinous crimes and threatened all communities, including Shias, Sunnis, Kurds, Christians and Izadi Kurds, during its advances. 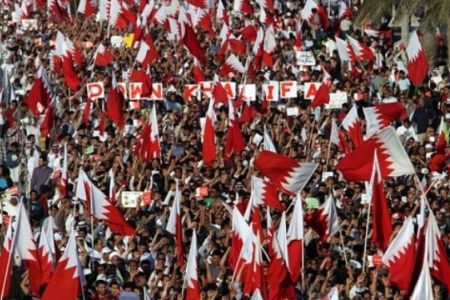