“No for Deal of Century”, a slogan repeatedly voiced in a hall of a Beirut hotel, which hosted on Friday a conference in support of the Palestinian cause and in protest against US President Donald Trump’s so-called ‘deal of the century’.

The conference which was attended by dozens of journalists, political figures and activists from Lebanon, Palestine, Syria and other Arab countries, took place just few days before the US-led summit in the Bahraini capital, Manama.

The Manama summit, on June 25-26, is considered the economic phase of the ‘deal of the century’.

Friday’s conference in Beirut was entitled “Journalists in Face of Deal of Century”. It called on journalists from all over the Arab world to work together in a bid to counter the US scheme aimed at wiping out the Palestinian cause.

“This deal represents the maximum extent of humiliation in a bid to deny the Palestinian people’s right in their land,” the final statement at the conference read.

“All the attendees today refuse this disgraced deal and seek to topple it will all possible means. It’s time to take the right stance: No for reconciliation, no for negotiations and no for recognition (of Israel).”

The attendees also lashed out at states which accept this deal, considering them as traitors.

“Negotiating on the Palestinian and Arab right is none other than wrong,” the final statement, read by TV host Ghassan Al-Shami, added, calling for exerting efforts and raising cooperation between Arab journalists and activists in a bid to confront the US scheme on level of media and politics.

“What was taken by force can’t be regained but by force. Palestine is for Palestinians,” the statement concluded.

Before the final statement, a number of politicians, journalists and activists made interpositions, talking about confronting the ‘deal of the century’.

Talal Salman, editor-in-chief of As-Safir former Lebanese daily, stressed that the Palestinian cause is the central cause of the Arab nation, slamming some Arab states for “contributing to the suffering of Palestinian people.”

He warned that the conspiracy against the Arab nation and Syria is going ahead.

Before touching upon the Palestinian cause, Journalist Charles Ayoub hailed Iran’s downing of a US drone, noting that Trump’s retreat from his threat to strike the Islamic Republic is a victory for Tehran and the Axis of Resistance.

Ayoub also warned that Palestine is before high risk of being wiped off the map.

For his part, Head of the Editors in Lebanon Joseph Kosseifi, said: “Deal of the century is the slap of the century,” lashing out at the Arab states’ weak stance towards the Palestinian cause.

As he urged Arabs to take firm stance towards Palestine, Koseifi warned against the deal of the century and its serious repercussions.

Syrian journalist Hanaa Al-Saleh called for economic and media strategy to counter the ‘deal of century’, stressing that Palestine is the central cause of the Arab and Muslim nation.

Under-Secretary-General of the Islamic Radio and Television Union (IRTVU), Sheikh Nasser Akhdar, called for cooperation between Arab media outlets in a bid to confront the ‘deal of century’.

He stressed that despite the conspiracy against Palestine, the Axis of Resistance will emerge as superior, pointing to Iran’s downing of US drone and the technological development of its capabilities.

“The West will no longer gain the upper hand in the field of technology,” Akhdar said.

Meanwhile, the head of the Bahrain forum for human rights, Youssef Rabee stressed the Bahraini people’s refusal of the ‘deal of century’ and all forms of normalization between Arabs and the Zionist entity.

“On June 25-26, Bahrainis will raise the Palestinian flags in Manama.” 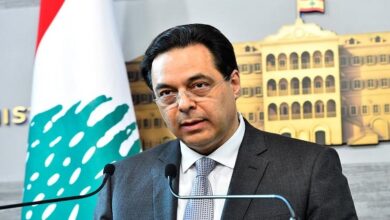 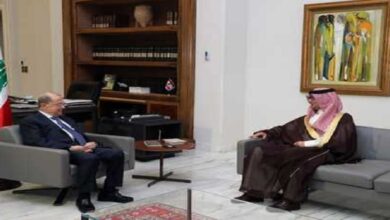