The secretary general of the Lebanese Hezbollah resistance movement Hassan Nasrallah says Israeli authorities have described his group as “a strategic threat” to the Tel Aviv regime in an attempt to mobilize support and provoke the international community against it.

Addressing his supporters via a televised speech broadcast live from the Lebanese capital of Beirut on Saturday evening, Sayyed Hassan Nasrallah stated that the United States and the Zionist regime (of Israel) are conspiring against Hezbollah in a bid to weaken popular support for the movement.

He stressed that Hezbollah has stood firm in the face of US and Israeli hegemonic schemes for the Middle East region.

“The United States would have offered southern Lebanon to Israel if Hezbollah did not exist. Lebanon is not in a position of weakness. We are standing up for our rights concerning Sheba’a Farms, Kfarchouba village as well as the northern section of Ghajar [village],” Nasrallah said.

“Lebanon can stop the Zionist regime (of Israel) from plundering its oil and gas reserves,” the Hezbollah secretary-general added.

Commenting on a forthcoming US-led conference in Bahrain next month in support of US President Donald Trump’s controversial proposal for “peace” between the Israeli regime and Palestinians, dubbed “the deal of the century,” Nasrallah emphasized that the initiative is aimed at liquidation of the Palestinian cause.

The Hezbollah chief also praised the position of Bahraini scholars, members of the public as well as political factions in the tiny Persian Gulf kingdom to have expressed their strong objection to hosting the June 25-26 conference in Manama.

Elsewhere in his remarks, Nasrallah said the Lebanese nation rejects permanent settlement of Palestinian refugees in the country, stressing that the latter must not give up on the right to return to their homeland.

“All Lebanese people believe that efforts must be made to enable Syrian refugees to repatriate. Nevertheless, US persistence and bids from some reactionary regional regimes have prevented displaced Syrians from returning home. Persian Gulf Arab states have even pressed Lebanon to avert the return process through encouraging the Syrian refugees to overstay and intimidating them of return to their country,” the Hezbollah chief concluded. 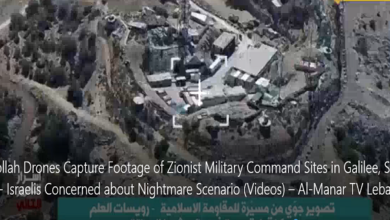 Hezbollah to Hold Mass Rally in Dahiyeh on 10th of Muharram