A senior Sunni cleric in Lebanon has called on all Muslims to carry out jihad, or holy war, in support of the Palestinians after the US decision to move its embassy in Israel to Jerusalem al-Quds.

Shaykh Muhammad-Rashid al-Qabbani, the former top Sunni religious authority, or mufti, in Lebanon, also said it is not sanctioned religiously for the Palestinians or any Arab or Muslim country to “surrender, reconcile or make peace deals or give up any inch” of historic Palestine.

Shaykh al-Qabbani, who still has clout in the community, also said it is not acceptable for them to “recognize so-called Israel.”

He is the former Grand Mufti of Lebanon and the most prominent Sunni Muslim cleric in the country. 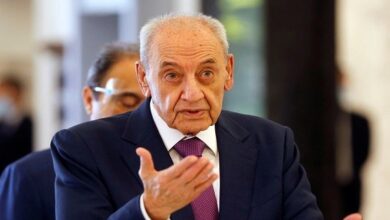