Hezbollah Deputy Secretary General Sheikh Naim Qassem said on Wednesday that the Resistance party has not yet voiced its final position towards the Special Tribunal for Lebanon as it is still waiting the Saudi efforts that are aimed at thwarting its politicization and the issuing of an â€œunjust indictment.â€

In an interview with Kuwaiti daily Al-Rai to be published on Thursday, Sheikh Qassem noted that all Hezbollah wants is for the tribunal not to Â become an American tool and not be politicized. â€œWe have waited in announcing our final position in line with the calm that was called for by the Saudi-Syrian-Lebanese summit in order to give a chance to tackle the tribunal’s wrong course in its indictment.â€

Sheikh Qassem stressed, meanwhile, that Hezbollah was committed to calls to maintain civil peace and reject sectarian rhetoric alongside keeping the national unity government. His eminence found strange how some politicians portrayed the criticism of the performance of the Prime Minister as a campaign against the Sunnis in Lebanon.

Answering a question about a â€œmediationâ€ launched by Speaker Nabih Berri and MP Walid Jumblatt, Sheikh Qassem said that the two leaders were seeking to bring closer the stances of Hezbollah and the Future movement. â€œThereâ€™s nothing specific yet,â€ his eminence noted, adding that Hezbollah was brave enough to say whatever it want. â€œThe meeting between Hezbollah Secretary General Sayyed Hasan Nasrallah and PM Saad Hariri was not on the agenda during the latest discussions. It might be on the agenda in the future.â€

While recalling how the false witnesses played a negative role and harmed the countryâ€™s ties with neighbor countries, Sheikh Qassem stressed the need to find out who are behind them, who fabricated them, who taught them, who financed them, who protected them. â€œFalse witnesses are tools after all.â€ 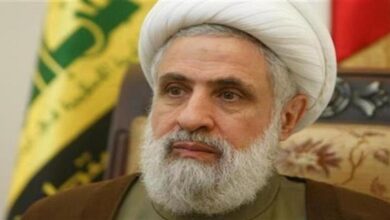 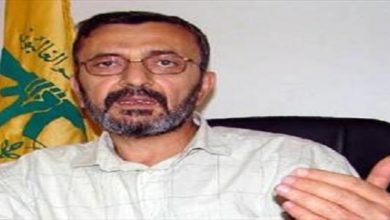