When you shake hands with Syed Hasan Nasrallah and see him smiling, you forget all the difficulties youâ€™ve faced to meet him.

He hugs you asking about your personal state and your countryâ€™s situation as if he didnâ€™t forget one detail or one word of our last meeting which took place four years ago. He reviews with you the major changes and developments and hopes that you can be frank with him and say what you think and believe whether right or wrong.

This is the man who preoccupied the minds of all people, the man who militarily and morally defeated the Israelis. This is the man who changed the balances on the ground, starting with defeating the panic, dismay, weakness, and hesitation within us. This is the man whose tone of voice implies that he wishes to be exempted from fighting on the other political and security fronts, but at the same time controls all his movements internally and externally, in accordance with the occurrences on the southern arena, and who doesnâ€™t hesitate to soften his stances to safeguard the real front.

In an unknown place, I met himâ€¦ He put his hand on my chest, asking: â€œHowâ€™s the heart now?â€ His dignity and solemnity precedes his presence and his smile precedes his shaking of hands, his friendliness and sincere affection, spreading comfort and confidence in the place. His intelligence was higher than ever and his mood was even greaterâ€¦ just as if the eternal, continuous, and low profile confrontations with Israel boost him more and moreâ€¦As far as this prohibited topic is tantamount to sanctities, he becomes more open to the otherâ€™s opinion, dialogue, criticism, and review concerning all itemsâ€¦ from Beirut to Cairo. You feel that he sometimes hates the necessity, yet resorts to it to protect the â€œpath of the Mujahideenâ€ or even under the umbrella of the â€œlast treatment.â€

He feels pain as to all those who fall in the wrong arena and in the wrong way and maintains that infighting and internal strife weaken the weapons of the resistance. He dreams that a confrontation plan against Israel would be the national and confessional identity of Lebanon. He dreams that its scope becomes wider at the Lebanese and Arab levels, not at the levels of the sects and regions.

He dreamsâ€¦ and knows that there are difficulties preventing this dream from being reality. He believes that capabilities, differences, stances and principles, hinder it.

Yet, he doesnâ€™t retract and doesnâ€™t surrender to boredom. All sacrifices are easy for him vis-Ã -vis the land, dignity and religion given that he even offered his own son, Hadi, who was honored with martyrdom. Talking about Hadi is something else. The eyes shine with crystals of sadness combined with glory and pride, reflecting another picture of the Resistance-and-Liberation Syed who refuses to give Israel a picture that could raise the morale of its defeated soldiers.

He asks me about Kuwait and the Kuwaitis from the perspective of a person seeking to be informed. His heart is with the special and exclusive experience and his eyes are set on how to counter sedition schemes. He calls on Shiites and Sunnis to look upon the state as their authority.

With his eminence, the cup of tea has a special taste. Itâ€™s always filled with things, some of which can be published and some of which cannot. You feel how much he desires to make direct meetings with the people, communicate with his smaller and bigger families, how much heâ€™d love to share moments with the Mujahideen and to pray in the holy Al-Quds.

The cup of tea becomes empty because the Syedâ€™s preoccupations are too many. However, words are endless. Yet, the upcoming developments started to emerge as Abu Hadi is promising us a lotâ€¦ but this time in the battlefields! 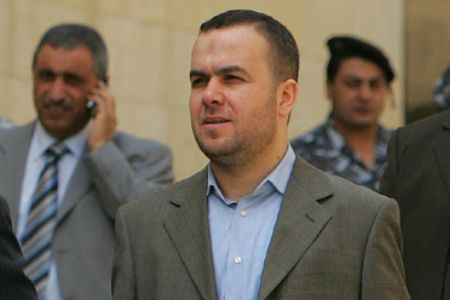