â€œWhen Hezbollah gets some arms it is for defense purposes which are a natural right,â€ Sheikh Qasim told Emirati daily Gulf News in an exclusive and wide ranging interview, the full text of which will be published on Monday.

Hezbollah â€œdoesnâ€™t talk about its weapons, the number of its members or its plans. It implements its necessary and appropriate arrangements in complete secrecy. As we are used to for a long time, we donâ€™t comment on the issue of armament,â€ Sheikh Qasim said.According to Shiite News.

â€œIt is nobodyâ€™s business. I say it now very clearly; we have the right to arm ourselves to empower the resistance on the principle of defense and confronting aggression, occupation and other threats. This right to defense is legitimate and thus all means to realize that right are legitimate,â€ Sheikh Qasim added.

His eminence said the US statement is aimed at â€œdiverting attentionâ€from â€œthe real problemâ€ in the region, which he said was Israel and its growing military capability, including nuclear warheads. The US also wants to â€œcover up its successive failuresâ€ in the Middle East.

Sheikh Qasim said US Defense Minister Robert Gates â€œwas trying to divert the attention away from Israel. He wants a discussion on Hezbollah weapons, the nature of the weapons and their impact to deflect the increasing worries and debate over Israelâ€™s nuclear arsenal. Also, he doesnâ€™t want to keep discussing the Israeli failure in the negotiations with the Palestinians. He wants to cover up what is happening in Jerusalem and the West Bank and [the Israeli] attempts to eat up more Palestinian land and rights. The American statement at this exact moment is meant to cover up the Israeli dilemma and the US failure to offer any solution anywhere in the world. So far, Barack Obama has failed to offer a single political achievement in the Middle East despite all the noise and the optimistic words and the promises.â€

Meanwhile, his eminence added, Syriaâ€™s role in Lebanon and the region has been growing as the US role â€œdiminished.â€ â€œWhen the US role, and the role of US allies, is weak, the Syrian role grows in return,â€ his eminence said.Sheikh Qasim also wanted to assure the Lebanese people that the Israeli enemy will not launch another war anytime soon. â€œWhen we say there is no Israeli war soon, it is because of the inability of Israel, especially when they know the deterrent capabilities of the resistance are very effective,â€ his eminence explained. However, his eminence added, â€œevery moment we are ready for a confrontation even if our political analysis says there is no war soon.â€ 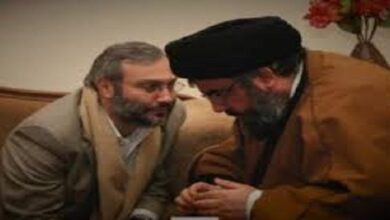