Five militants blew themselves up during raids on two refugee camps in eastern Lebanon near the border with Syria in which seven soldiers were wounded, the army said.

Four of the suicide bombers struck in one camp near the border town of Arsal, wounding three soldiers.

Troops recovered four explosive devices during the raid on the Al-Nour camp.

One militant blew himself up in a second camp near the town — Al-Qariya — while another militant threw a grenade at troops wounding four of them.

The army command said the raids were aimed at arresting terrorists and seizing weapons. 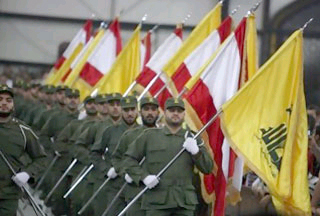