Secretary General of the Lebanese Hezbollah Resistance Movement Seyed Hassan Nasrallah underlined his movement’s strong support for a cease-fire to end conflict in the neighboring country of Syria.

“We [support] an agreement that ends the bloodshed and paves way for a national reconciliation [in Syria],” Nasrallah said in a televised address at a memorial in the eastern city of Baalbeck for Sheikh Hussein Obeid, a member of the party’s Central Council.

The Hezbollah leader blasted Arab satellite outlet campaigns against Hezbollah that accuse the movement of working against diplomatic efforts to end the conflict, denying that the party had rejected the Astana peace talks.

The talks were expected to see the first face-to-face negotiations between the government and the armed opposition since the conflict erupted in 2011.

However, the rebels refused to meet directly with the government, and Russia, Iran and Turkey agreed that the rebels should take part in UN-led peace talks opening in Geneva on Feb. 20.

The next round of Astana talks, set for Feb. 15 and 16, will discuss the cease-fire and stabilization measures for specific areas and other “practical steps” ahead of the talks in Geneva, Kazakhstan.

Nasrallah said that Iran was exerting efforts to reach a political settlement in Syria, adding that his group backs a local reconciliation among Syrians, The Daily Star reported.

“It’s our duty to deal with the case of the refugees in a humanitarian, rather than political manner,” he said.

Nasrallah also called for cooperation toward repatriating Syrian refugees back to their homeland.

Lebanon is currently hosting 1.03 million Syrians registered with the UNHCR, though Lebanese government estimates those numbers are closer to 1.5 million. 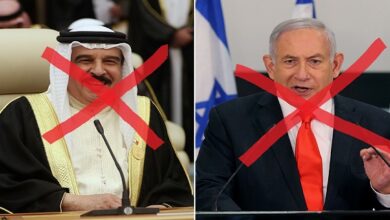