“As we’re approaching the anniversary of Mina tragedy which led to the murder of thousands pilgrims due to Saudi officials’ incompetency in running the Hajj affairs,” Ayatollah al-Nablusi, a prominent Lebanese Shi’a scholar, wrote an article in al-Binaa newspaper.

On the first anniversary of the Mina stampede in Saudi Arabia, Ayatollah Afif al-Nablusi, a Lebanese Shi’a scholar, said, “One year has passed since the ruthless Saudis belittled the lives of so many Hajji pilgrims in Makkah, most of the evidence show that all those innocent people were killed because of the Saudis’ ill intentions. The Saudi authorities who had also killed so many other innocent Hajj pilgrims during the previous years’ hajj pilgrimage without being held accountable for the terrible crimes they had committed.”

As we’re approaching the anniversary of Mina tragedy which led to the murder of thousands pilgrims due to Saudi officials’ incompetency in running the Hajj affairs, Ayatollah al-Nablusi, a prominent Lebanese Shi’a scholar, wrote an article in Lebanon’s al-Binaa newspaper entitled “A Year Since the 2015 Mina Stampede,” the text is as follows:

A year has passed since the Mina stampede, a tragedy in which thousands of lives were ruthlessly ended and Saudi officials didn’t raise an eyebrow about it. The Saudis didn’t allow any thorough and clear investigations on the case. they didn’t let investigators and officials from the countries involved to take care of the case and they even didn’t bother to offer any reasonable explanation on what exactly happened during the tragedy. They also didn’t pay the victims’ blood money to their families. Saudi authorities did not punish, try or dismiss anyone in charge of this tragedy. Prior to the stampede, they did not take any preventive measures in order to avoid such crisis.

Now a year has passed since the ruthless Saudis underrated the lives of so many Hajj pilgrims in Makkah, most of the evidence available suggest that all those innocent people’s lives were ended because of the Saudis’ ill intentions. Saudi authorities who had also killed so many other innocent Hajj pilgrims during the previous years’ hajj pilgrimage without being held accountable for the terrible crimes they had committed.

While Saudis had to try and save their face in the eyes of the Muslim world and public opinion, instead they went on to follow the same old path of arrogance and ignorance. They even did not let some countries’ citizens to perform the hajj pilgrimage this year as if Saudis are chosen by God to decide who gets to perform hajj rituals and who does not! They act like the two holy Muslim sites of Makkah and Makkah are their private property.

As a matter of fact, Saudi Arabia is administering arbitrary and malicious policies regarding Hajj issue and beyond.

Saudi crimes can be seen everywhere in the Muslim world

The Saudis are willing to carry out the most inhumane, evil crimes in order to stay in power. this is what we’re currently witnessing throughout the Islamic world.

In Iraq, the Saudis are involved in mass slaughter of thousands of Iraqi citizens. they are responsible for dislocating thousands other Iraqis as well as destroying their towns and homes.
In Syria, they are the source of sedition and insecurity, the number of Syrian victims has exceeded 500,000 and the Syrian crisis has now entered five years since its beginning.

In Yemen, they carry out assaults while the whole world is watching their atrocities, thousands of innocent Yemeni children and women have been killed as result of the Saudis’ bomb attacks. Their warplanes shamelessly bomb Yemeni hospitals, schools, historic sites and mosques.
In Lebanon, they are interfering in Lebanon’s internal affairs, they breed sectarianism, try to diminish Hezbollah’s power. furthermore, Lebanese legal institutions are shut down due to Saudis’ continuous conspiracies.

According to Rasa, in Palestine, Saudi Arabia has never supported the Palestinian resistance. instead they have chosen disgraceful compromise with the Zionist Regime and are trying to neutralize their ties with Israel. They’ve completely forgotten Palestinians’ rights, the rights that were expected to be protected by those who claim to be the ‘Custodians of the Two Holy Mosques.’

And in Bahrain, Al Saud deny Bahrainis’ legitimate rights, they engage in military intervention in the country to stop Bahraini citizens from realizing their freedom and rights.
It is clear that we need a true Islamic unity in order to eradicate this evil disease from the body of Muslim ummah. 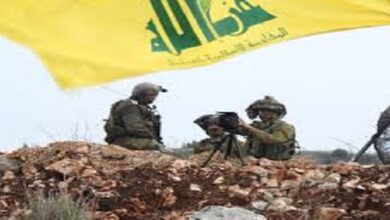