The Ministry of Foreign Affairs and Emigrants strongly condemned, in a statement, “the Israeli missile attack on the Syrian Arab Republic, which targeted containers in the port of Latakia on Tuesday 07/12/2021.”

The ministry affirmed “Lebanon’s permanent support for the government and people of the Syrian Arab Republic in a way that preserves its security, stability and the safety of its citizens.”

The Israeli enemy launched a missile attack that targeted the containers yard at Lattakia commercial port.

Rocket from Syria lands in Lebanon 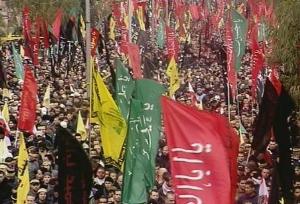