Hezbollah Secretary General Sayyed Hasan Nasrallah indicated on Friday that some Lebanese parties unfairly insists on accusing Hezbollah of hindering the cabinet formation in Lebanon and attributing it to false assumptions related to Iran’s nuclear deal.

Delivering a televised speech to tackle the latest developments in Lebanon, Sayyed Nasrallah stressed that Iran has always rejected to include any issue in the Vienna talks other than the nuclear deal.

“The Islamic Republic does not accept to negotiate on behalf of anyone, neither the Lebanese, Syrians, Yemenis, Palestinians, nor the Bahrainis. Iran just helps as a friendly country upon request.”

Sayyed Nasrallah pointed out that Hezbollah has always rejected the governmental void, recalling that the Party rejected the resignation of PM Saad Hariri after the protests in 2019.

Calling for a speedy cabinet formation in light of the deteriorating living conditions and the fuel crisis in Lebanon, Sayyed Nasrallah mentioned that Hezbollah delegation has met with MP Gebran Bassil and that Speaker Nabih Berri has met with PM-designate to facilitate the government creation process.

Commenting on the call of MP Bassil pertaining the cabinet formation, Sayyed Nasrallah stressed that Hezbollah has started to help in the context of defending the rights of all the Lebanese.

Sayyed Nasrallah affirmed that the 8-8-8 formula does not exist in the government, warning all parties against taking false stances based on this assumption.

In this regard, Sayyed Nasrallah stressed that the Lebanese Shia Muslims are not seeking tripartite power-sharing, adding that they also reject such proposals.

“Minister Bassil dd not entrust me with the rights of the Christians and I think no one of the political forces with similar influence may accept the share which satisfies Hezbollah.”

Hezbollah has its distinct conditions that let it accept certain shares and reject the role of settling the governmental dispute, according to Sayyed Nasrallah who added that MP Bassil is smarter enough to avoid driving a wedge between Hezbollah and Amal Movement.

Sayyed Nasrallah emphasized that Hezbollah supports only the righteous demands pertaining the cabinet formation, giving the example of backing the President’s power of participating in the creation of the government and the PM-designate rejection of granting one political team the veto share in the council of ministers.

Hezbollah Chief also commented on the reactions made by some Christian parties to MP Bassil’s call, stressing that sectarianism and racism have blinded them.

Sayyed Nasrallah reiterated that Speaker Berri’s initiative has contributed to the agreement among the concerned parties on the number of ministers and the sectarian distribution of the seats as well as portfolios, adding that this endeavor will continue till it resolves the rest of the controversial points.

Sayyed Nasrallah affirmed that Hezbollah has accomplished all the administrative and logistic preparations for importing gasoline and fuel from Iran, noting that, when the state in Lebanon declare failure to address the crisis, the final order will be given to bring the Iranian fuel.

In this context, Sayyed Nasrallah wondered how some Lebanese parties ignorantly claim that Iran has gasoline shortage, referring to the Iranian fuel ship dispatched to Venezuela.

Sayyed Nasrallah also called on the Lebanese parties that reject Hezbollah decision to import the Iranian fuel to find an alternative, pointing out that Hezbollah will hail any endeavor in this regard.

“If you reject the Iranian aids, why do not you seek that of the USA or the Gulf countries?”

In this regard, Sayyed Nasrallah asked why doesn’t the Lebanese government establish oil refineries to provide a huge portion of the Lebanese market’s needs at lower prices, citing experts as saying that a company from an Eastern country expressed readiness to invest in such a domain.

In this context, Sayyed Nasrallah thanked the Iraqi government for approving the fuel aid (one million tons) to Lebanon despite the hard economic conditions which Iraq suffer from.

Sayyed Nastrallah indicated the governmental subsidization will be certainly cancelled when the Central Bank’s liquidity runs out soon, considering that all the Lebanese parties must share in making this decision in order to assume the responsibility of its repercussions.

Sayyed Nasrallah pointed out that Hezbollah has supported the Ration Card which, upon the parliamentary approval, will help the Lebanese people keep steadfast in face of the crisis.

Sayyed Nasrallah called on protesters across Lebanon to refrain from cutting off roads, explaining that such acts would just harm the citizens and might never contribute to any economic progress.

Blocking roads will add a new humiliation queue in addition to that people suffer from at gas stations and pharmacies, adding that vandalizing public properties augments the agonies of the Lebanese people.

Sayyed Nasrallah highlighted the importance of preventing strife in Lebanon, recalling how Hezbollah avoids responding to the remarks and statements which verbally abuse it.

Sayyed Nasrallah noted that Lebanon is still enjoying the bless of stability and civil peace despite all the crises, warning against the attempts of some parties to drag the nation into an all out blast in order to serve the interests of the enemy.

Hezbollah Leader denounced the US move of blocking and seizing dozens of the websites which support the Resistance and the Palestinian people against the Israeli enemy, adding the this exposes Washington’s false claims about the press freedom and religious freedom.

Sayyed Nasrallah explained that the Lebanese army soldiers and officers belong to the Lebanese families and hold a patriotic creed, adding that the Army is, according to the Constitution, is commanded by the council of ministers.

Sayyed Nasrallah recalled that Hezbollah has always called for providing the Lebanese Army with missiles and air defenses in order to face the Israeli violations of the Lebanese sovereignty and protect Lebanon’s people, land, sea and airspace.

Hezbollah Secretary General started his speech by offering deep condolences to Hawila family which lost five of its members (mother and her four daughters) and Zein family which lost the youngster, Hussein, in a tragic car accident near a gas station on South-Beirut highway few days ago. 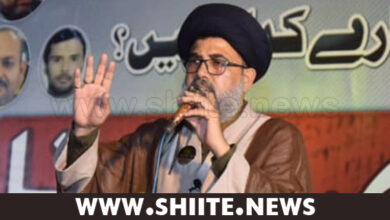 Allama Ahmad Iqbal Rizvi: The faces of the Syed Zadis, who had been on sit-in for 27 days, were burnt, but the cruel rulers did not even realize it 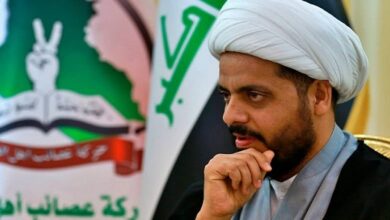 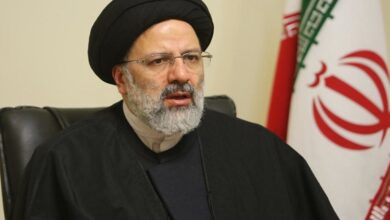 Raeisi: Neighbors have priority over other states in foreign economic ties 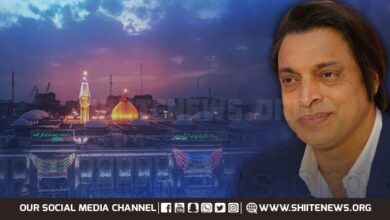