Head of Hezbollah Executive Council, Sayyed Hashem Safieddine, pointed out that the Palestinian resistance has managed to settle the military confrontation with the Israeli occupation army, adding that what the Zionist enemy can still do is killing civilians and destroying buildings.

“The Israeli enemy is repeating the same follies it committed during 2006 war .”

During Hezbollah ceremony held in Dahyeh’s Haret Hreik in support of Gaza against the Israeli aggression, Sayyed Safieddine stressed that the Israeli enemy is obliged to acknowledge the new repercussions of the formula imposed by the Palestinian resistance missiles, or that it will pay a heavy price.

Sayyed Safieddine indicated that defending Palestine protects the entire Umma, adding that this battle has extinguished the flame of sedition in the Umma.

In this context, Sayyed Safieddine highlighted of the former military commander of Hezbollah, the martyr Hajj Imad Mughniyeh, and the former commander of IRGC’s Quds Force, the martyr General Qassem Suleimani, in building up the rocketry power of the Palestinian resistance.

Sayyed Safieddine noted that Hezbollah has remarkably augmented it military capabilities since 2006 war, adding that the Resistance Party is now looking for the Day on which it joins the Palestinian Resistance fight against Israeli enemy on all the fronts.

During the ceremony, the Secretary General of the Islamic Jihad Movement, Ziyad Nakhala, stressed that Palestinian resistance will continue fighting the Zionist enemy till gaining the victory.

For his part, Osama Hamdan, the commander of Hamas movement in Lebanon, stressed that the Israeli aggression unified the Palestinians, adding that the Palestinian resistance is establishing new formulas in the confrontation with the Zionist enemy. 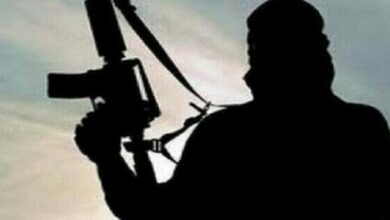 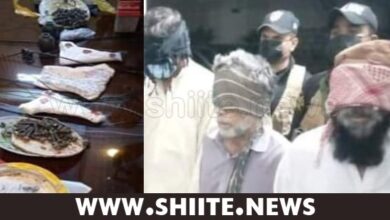 Shikarpur: Attempt of suicide attack by ISIS on the Yom Ali procession failed 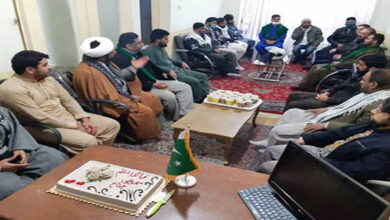 Pakistanis in Iran celebrate birth anniversary of Jinnah in Mashhad