Lebanese Army Command’s Orientation Directorate issued a communiqué today, in which it indicated that “on 4/4/2021 between 3:00 & 3:35 hours, three naval violations were recorded by Israeli enemy gunboats in Lebanon’s territorial waters off Ras al-Naqoura, where the enemy gunboats entered to a maximum distance of about 185 meters, at which point two flare bombs were dropped over the aforementioned sea spot.”

“The three violations will be pursued in coordination with the United Nations Interim Force in South Lebanon,” the communiqué added.

In a second communiqué, the Army Command indicated that “on 3/4/2021 at 22:25 hours, an Israeli enemy gunboat breached the Lebanese territorial waters off Ras al-Naqoura, to an approximate distance of 277 meters, for two minutes, when its soldiers threw a flare bomb over the aforementioned sea spot.”

The communiqué added that the breach is being followed-up in coordination with the United Nations Interim Force in South Lebanon. 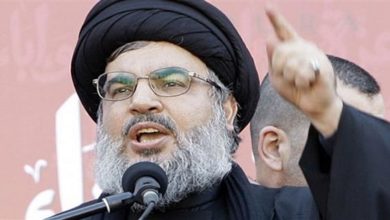