Hezbollah Deputy Secretary General sheikh Naim Qassem stressed that the US policies are behind the world’s major problems, adding that ‘Israel’ is the tool used by the Washington to carry out its schemes.

Addressing a conference, titled “Maryr Suleimani School” and held in Tehran, Sheikh Qassem confirmed that martyr Qassem Suleimani internationalized the Iranian experience in resisting oppression without affecting the private conditions of each country.

Hezbollah Deputy Secretary General pointed out that huge numbers of General Suleimani’s students in the region are ready to confront the Israeli schemes in the battlefield, stressing the martyr supported the Palestinian resistance and helped it to achieve real victories over the Zionist enemy.

General Suleimani embraced martyrdom in a US air raid on its convoy near Baghdad airport on January 3, 2020. 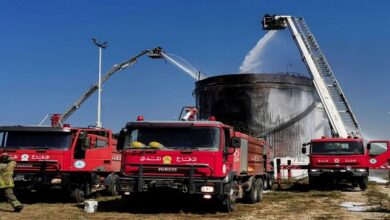