Following the meeting, the Political Council confirmed in a statement that FPM will not name former Prime Minister Saad Hariri to head the next government, reiterating the Movement’s commitment to the French initiative.

“The Council affirms its adherence to the French initiative and the formation of a government whose head and members are specialists, and which will be productive and carry on with effective reforms with its head, ministers and program, provided that it is supported by the parliamentary blocs. Accordingly, the FPM Political Council unanimously agreed not to nominate former Prime Minister Saad Hariri to head the next government because he is not a specialist, while emphasizing respect to his person, his representation and his political position,” the statement said.

“Accusing the Free Patriotic Movement and its president of obstructing the formation of the government, is a false political claim that falls within the framework of the campaign targeting the Movement and its head, as if they are forbidden to have the freedom of choice,” the statement added.

The Movement’s polit-bureau also expressed its satisfaction at the start of negotiations for demarcating the sea and land borders, and considered them a possible means to preserve Lebanon’s rights.

At the economic level, the statement warned of measures preventing depositors from obtaining their money in Lebanese lira, stating that the Movement will study all the necessary steps and measures that can be taken. 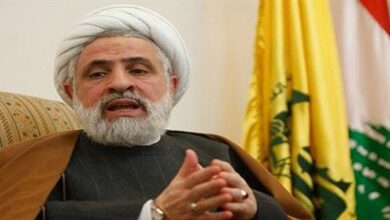