Hezbollah and Amal Movement issued early Wednesday a statement in which they voiced rejection of the composition of the Lebanese delegation tasked to negotiate the southern border demarcation, calling for reforming it immediately.

The statement mentioned that the framework agreement announced by the House Speaker Nabih Berri pertaining the border demarcation had stressed, in its prelude, it is based on April 1996 Understanding and UNSC Resolution 1701 which stipulate that military officers exclusively can attend the periodic meetings, concluding that the inclusion of civilian figures in the Lebanese delegation contradicts with framework agreement and April Understanding.

“Based on their commitment to the national constants and rejection of getting drawn to what the Israeli enemy, which has named mostly political and economic figures for its delegation, wants, Hezbollah and Amal movement, thus, announce their explicit rejection of what happened and consider that it deviates from the framework agreement, harms Lebanon’s stance and supreme interests, transgresses all the nation’s strengths, deals a major blow to its role, resistance and Arab position, and represents a surrender to the Israeli logic which aims at reaching any form of normalization.”

Hezbollah and Amal Movement call for an immediate revocation of the decision and reform of the delegation in line with the framework agreement, the statement concluded.

Lebanon on Monday named its team that will take part in the first meeting of the negotiations on the maritime border demarcation with the Zionist entity expected to be held under UN-sponsorship on Wednesday.

The announcement came two weeks after Lebanon and the Zionist entity reached an agreement on a framework for the US-mediated talks. The talks are scheduled to begin Wednesday at the headquarters of the UN peacekeeping force in the southern Lebanese border town of Naqoura. 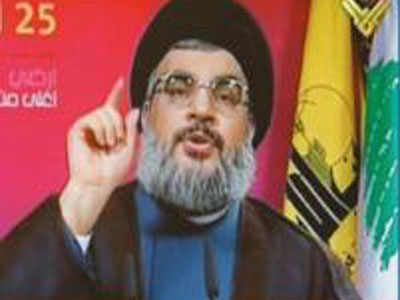