The Israeli occupation military announced on Thursday it was sending reinforcements to the northern border amid fear in the Zionist entity of possible retaliation by Hezbollah over the martyrdom of one of its fighters in an Israeli strike on Syria earlier this week.

“In light of a situational assessment that was held in the IDF, it was decided to send a pinpoint reinforcement of infantry troops to the Northern Command,” the occupation military said, referring to IOF.

An IOF spokesperson said the reinforcement consisted of one battalion — the Golani Brigade’s 13th Battalion — and a small number of additional troops, who were being sent to the Northern Command’s Galilee Division, Israeli media reported.

The move comes two days after Hezbollah announced martyrdom of one of its fighters, Ali Kamel Mohsen (Jawad), in an Israeli airstrike south of Damascus late Monday. 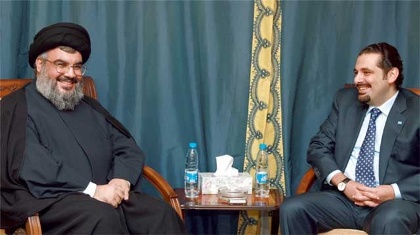 Relatives of Lebanese Abducted in Syria Protest near Turkish Embassy