Lebanon’s House Speaker Nabih Berri denounced Saturday the so-called “deal of the century”, considering that it turns the Palestinian cause to become a financial and real estate issue.

Delivering Lebanon’s speech during the urgent meeting of the Arab Parliamentary Union in the Jordanian capital of Amman, Speaker Berri underscored Lebanon’s rejection to the deal, especially the clause which stipulates the naturalization of the Palestinian refugees, highlighting the importance of unity and resistance in face of the US-Israeli schemes.

The Lebanese House Speaker rebuked the Arab regimes that have been engaged in flattering the Israeli enemy, before and after Trump’s deal, stressing that Palestine needs honesty and commitment, not wordy statements. 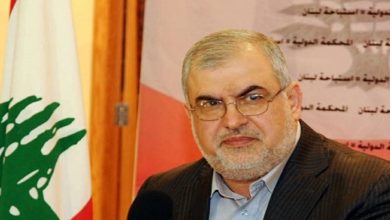 Hezbollah MP Mohammad Raad: No One Can Twist Our Arm!