Iraqi President Barham Salih declared his explicit and firm opposition against the US president’s recent decision on Golan Heights, saying Golan is an occupied Syrian land.

Referring to Palestine as a barometer issue, he said the disasters which are imposed on Palestinians are still the major concerns for all Arab and Islamic states.

He also called for a joint measure in the framework of international regulations to put an end to this situation.

Elsewhere in his remarks, Salih urged solving crisis in Syria, Yemen and Libya in the framework of reinforcing security, peace and rights of the countries.

Underlining Iraq policy to bolster relations with all ran and Islamic countries, preventing any regional polarization, maintaining cooperation based on mutual interests were among other topics raised by Iraqi president.

Salih went on to stress developing cooperation among regional countries in economic field and fighting terrorism.

Trump tweeted on Thursday that after 52 years it is time for the United States to fully recognize Israel’s Sovereignty over the Golan Heights.

Earlier, The Lebanese Foreign Ministry in a statement condemned the US President Donald Trump’s decision to recognize Israel sovereignty on Golan Heights.

‘The US presidential declaration on Israel’s right to annex the Syrian Golan is condemnable and breaches all rules of international law, undermining any effort to reach a just peace,” Lebanese media ‘NNA’ earlier quoted the Foreign Ministry of Lebanon as saying.

‘The principle of land for peace falls…for when there is no land to be restored, no peace remains to be given,’ the statement read.

‘Trump’s lawless announcement on ‘Occupied Syrian Golan’ after last year’s on ‘Occupied Al-Quds’ is a sobering reminder for our Arab and Muslim brethren: US & Israel will offer you handshakes, but no matter how much you kowtow, they will still steal your lands. #LetUsUnite,’ Mohammad Javad Zarif tweeted on Thursday. 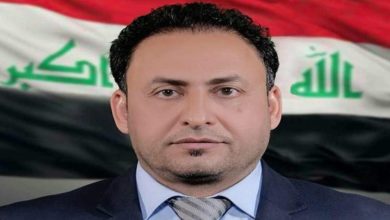