Abdul Sattar al-Biraqdar, spokesman for Iraq’s Supreme Judicial Council, said on Monday that courts in the country have handed down sentences to more than 600 foreign nationals, including many women and dozens of minors, in 2018 over their membership in the Daesh terror group and involvement in acts of terror.

Biraqdar added that “616 men and women accused of belonging to Daesh have been put on trial” throughout this year, and sentenced under Iraq’s anti-terrorism law. They comprised 466 women, 42 men and 108 minors, he noted. Biraqdar, however, did not specify the punishments.
Former Iraqi Prime Minister Haider al-Abadi declared the end of military operations against the Daesh Takfiri terrorist group in the Arab country on December 9, 2017. On July 10 that year, he had formally declared victory over Daesh in Mosul, which served as the terrorists’ main urban stronghold in Iraq.
In the run-up to Mosul’s liberation, Iraqi army soldiers and volunteer Hashd al-Sha’abi fighters had made sweeping gains against Daesh. Iraqi forces took control of eastern Mosul in January 2017 after 100 days of fighting, and launched the battle in the west on February 19 last year. Daesh began a terror campaign in Iraq in 2014, overrunning vast swathes in lightning attacks. 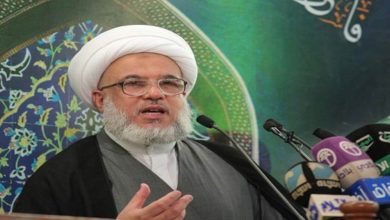