The United Nations has commended the “credible and transparent” manual recount of votes from Iraq’s parliamentary elections held in May, calling for further steps towards the formation of a government in the country.

As Iraq’s election commission on Monday concluded the manual recount of the votes, Alice Walpole, a UN envoy to Iraq said the United Nations had observed the process and found it to be “conducted in a manner that is credible, professional and transparent.”

“We are very pleased that it’s been concluded and we look forward to the next steps in this process towards the formation of the new government,” Walpole said in a statement.

Iraq’s state television announced the conclusion of the vote recount, saying the results were expected to be released in the coming days.

The recount was ordered by the Iraqi parliament in June and officially launched in early July after a government report concluded there had been serious violations in an initial count using electronic vote-counting systems.

After the announcement of the final results, lawmakers will take their seats in parliament, elect a president and begin the process for forming a government.

A spokesman for the electoral commission, Judge Laith Hamza, said the recount “in all polling stations in Iraq and abroad where complaints were registered has ended.”

The commission announced that such checks would not be undertaken for Russafa, one of the largest voting districts in eastern capital of Baghdad, where a fire in June broke out in a ballot warehouse.

On June 10, a storage site housing ballot boxes from Iraq’s parliamentary elections in Baghdad caught fire ahead of a recount.

In a statement, Hamza said “882 ballot boxes entirely went up in smoke.”

“The official results will be announced shortly,” said Imad Jamil, responsible for the vote in Russafa.

The Iraqi government had reported widespread violations in the elections, which saw a bloc led by Shia cleric Muqtada al-Sadr win. Another Shia bloc, emerging from volunteer forces that had battled the Daesh Takfiri terrorist group over the past three years, came second. Iraqi Prime Minister Haider al-Abadi and his bloc came third. 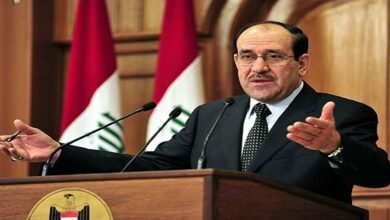 Israel will be wiped out despite Arab normalization: Iraqi politician