The mid-May Iraqi parliamentary election more than any other development in the county put Sayyed Muqtada al-Sadr in the center of attention after his Sareoon Coalition won the largest number of seats of the Council of Representatives.

The final results of the May 12 parliamentary vote put the Sareoon list, having the backing of the Sadrist Movement, the Communist Party, and also a set of secular factions, on top after it won 54 seats to make it to the fourth Iraqi parliament since the US invasion of the country in 2003.

The landslide win, however, does not mean that the Sareoon alliance can by itself form a government without making coalition with other parties. But the victory makes al-Sadr more than any other Iraqi figure in the center of focus of a series of parties including those at home and also the foreign actors. Meanwhile, the US, a major intervening force in the Iraq’s domestic affairs since ouster of former dictator Saddam Hussein in 2003, is one of the parties that does not see the polls’ outcome in good terms with its interests in Iraq, something provoking the Americans to struggle to survive the consequences of this hard political situation for their interests. Although well aware of the al-Sadr’s aversion to them, the Americans hope to find a way to smoothen his anti-US posture.

One of the important US comments on the al-Sadr’s achievement came by Zalmay Khalilzad, the former American envoy to Iraq and the United Nations. In an article published on the Washington Post on May 17, Khalilzad expressed happiness about Al-Sadr’s entry to the Iraqi politics, writing that al-Sadr’s tendency to the implementation of the constitution, structural reforms, and technocrat cabinet formation can serve as a bridge paving the way for cooperation between him and Washington. Khalilzad revealed Washington’s readiness to engage in partnership if the Iraqi cleric showed a will. These remarks by Khalilzad, who still holds sway in the US State Department in the Iraqi case, apparently bear two signals: First, the Americans are optimistic to find a common ground of cooperation with al-Sadr. Second, while the various Iraqi factions are busy consulting to make final preparations for a new government, Americans imply that they do not consider the powerful cleric as a foe and are even ready to have his back if he takes some required steps.

Having a background of the two sides’ relations over the years of military occupation of Iraq and also al-Sadr’s political and personal mindset will help give a realistic picture of the future of Americans’ bid to extends hand of friendship to him.

When in 2003 a US and its allies’ military campaign in Iraq brought down the Baathist rule in Iraq, nearly a majority of the Iraqi political body chose to be open to a warm relationship with Washington. To put it differently, a major part of the post-Saddam body of politicians closed their eyes to the US occupation of their country and instead favored compromises to the administration of George W. Bush as a political strategy. In the meantime, al-Sadr was almost the sole Iraqi figure who openly labeled the Americans as “occupying force” and called on them to pull out of the country.

When Al-Hawza weekly, anti-US and UK magazine affiliated to Muqtada al-Sadr, was shut down by the Iraq military ruler Paul Bremer in 2004 al-Sadr formed Mahdi Army and embarked on an armed struggle against the foreign forces in his country. The primary targets were the American and British troops. The Mahdi Army led its combat up to 2008 and inflicted heavy casualties and financial costs on the American and allied forces. Even in 2007, when he declared intention to dismantle the Mahdi Army and enter the political equations, he set a precondition for joining Prime Minister Nouri Al-Maliki’s government: setting an accurate stage-based timetable for the American forces’ withdrawal from Iraq.

Al-Sadr’s antipathy to Washington’s military presence and interference in Iraq went on even after the emergence of ISIS terrorist group in the country in 2014. The influential cleric several times asked the US-led anti-ISIS coalition to leave Iraq, asserting that the Iraqis can defend themselves without Washington’s help. It is hardly predictable that al-Sadr abandons his deep-rooted antagonism towards the US and opts to cooperate with his old-foe.

Al-Sadr’s stated plans over the past years and his anti-occupation spirit are expected to set another obstacle to the US attempts for partnership with the Shiite leader. In 2016, he and his supporters staged protests in Baghdad’s Green Zone, the most security-guarded neighborhood of Iraq. Beside other demands, he called for restoring the nation’s independence and putting an end to US intervention in Iraq’s politics. In fact, Sadr owes his popularity and political and electoral successes in the past years to his anti-US occupation of Iraq.

Therefore, in case of Sadr’s closeness and compromises to the Americans his supporters and even his stand against him Second and in case of striking a deal with Washington, he should expect a huge slump in his support body and his social base.

Al-Sadr’s personal and psychological displeasure with US

For over two years, the US tried to assassinate al-Sadr but failed. This US behavior can be another factor foiling the American pursuit of an alliance with al-Sadr. According to documents unveiled in a book by ex-CIA agent John Nixon, who interrogated Saddam Hussein after his capture, the US Central Intelligence Agency designed plans to assassinate al-Sadr between 2005 and 2007at the insistence of then President Bush. The assassination efforts very well developed anti-American sentiments in his mind which can still impact his US-related future steps. With regard to Al-Sadr’s mindset, it is highly unlikely that he entertains the idea of dialogue with those tried to assassinate him a decade ago. 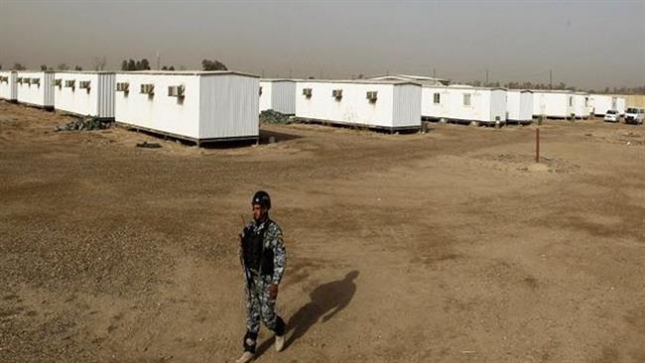