The Shiite processions have been taken out on the roads leading to the holy shrine and the security forces were on alert to protect the pilgrims from any terrorist attacks while the first aid ambulances were located here and there to serve the pilgrims in case of any harm.

Police forces of Najaf province declared a ban on vehiclesâ€™ movement as a procedure to ensure protection to the pilgrims coming from all over Iraq and other countries to commemorate this anniversary.

Each year, Najaf province witnesses crowds of millions of pilgrims who head towards the holy shrine of Imam Ali to commemorate his Martyrdom anniversary which is dated on the 21st of Ramadan.

US relocated ISIL terrorists from Syria to Iraq: Security Expert 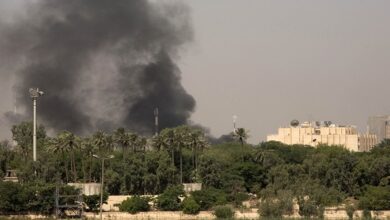