The Ministry of Interior declared dismantling three Qaeda networks and arresting a suicide bomber in Baghdad.

The Official Spokesperson of the Ministry of Interior, Brigadier Saad Maan, reported in statement on Sunday ”The Federal Police/ Third Regiment of the Intelligence Directorate managed to dismantle three terrorist networks that belong to Qaeda terrorist Organization in Baghdad.”

”The force succeeded in arresting 18 suspects and dismantled what is so called The Shield of Islam in Baghdad terrorist organization,” the statement added.

”The same force seized four houses used as shelters for terrorist groups and arrested a suicide bomber recruited within the State of the Southern Iraq in addition to defusing a car bomb improvised by the State of Baghdad terrorist organization,” the statement concluded.

The Official Spokesperson of Baghdad Joint Operations, Brigadier Saad Maan, declared in a statement “A security force of Nineveh Operations Command managed to arrest 27 wanted individuals, among them 15 persons arrested according to the article 4 of Anti- Terrorism law, and seized a large weapons and explosives cache in the province.”

”The police forces managed to seize a weapons cache that includes 100 canon shells in Wadi al-Thirthar area of western Hadar city of Nineveh province,” he concluded. 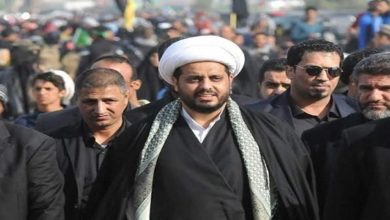 Ammar al-Hakim: the Political Majority Does not Produce a Strong Government and a Strong, Harmonious Team with Well-Defined Project and Vision Is our Only Choice