Iraqi security forces have arrested a senior militant leader with links to the al-Qaeda-inspired network of Islamic State of Iraq in the western province of al-Anbar.

Provincial police commander General Hadi Irzayij told the Aswat al-Iraq news agency that the unnamed self-styled leader of the militant group was caught on Saturday in the city of Fallujah, located nearly 70 kilometers (about 43 miles) west of the capital, Baghdad, along with two of his aides after police received a tipoff on their location.

The detained militant leader in Iraq had been wanted in connection with a series of terror attacks against civilians and Iraqi government forces.

Al-Qaeda in Iraq is a shadowy group that was once allegedly led by Jordanian militant Abu Musab al-Zarqawi, who was reportedly killed in June 2006.

According to the US government and military officials, after Zarqawiâ€™s death, the groupâ€™s leadership fell to Ayyub al-Masri, who was killed, along with Abu Omar al-Baghdadi — another leader of the group — in a joint operation by Iraqi and US troops in Salahuddin Province in April 2010.

Al-Qaeda in Iraq has been blamed for some of the deadliest attacks in the country since the US-led invasion in March 2003. 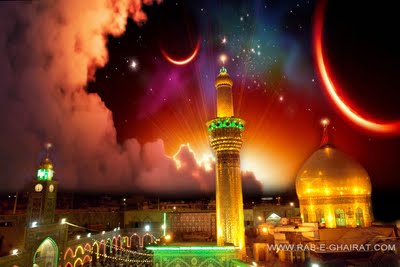 Over 3.5 million pilgrims arrive in Karbala to celebrate the birthday celebrations of Imam Hussain & Hazrat Abbas