Iraqi Prime Minister Nouri al-Maliki has told troops from the countryâ€™s semi-autonomous Kurdistan region to stay away from the government forces deployed in a flashpoint northern town.

The Iraqi prime ministerâ€™s statement came in response to the deployment of thousands of Peshmerga troops in Tuz Khurmatu town, located 88 kilometers south of Kirkuk, said a high-ranking KRG official, who wanted to remain anonymous.
Peshmerga and the Iraqi government forces clashed in Tuz Khurmatu on Friday. One person was killed and seven others were wounded.

Fears have recently grown of confrontation between the Iraqi government forces and Peshmerga.

In June 2012, Prime Minister Maliki formed Dijla Operations Command and deployed it in Diyala, Kirkuk, and Salahaddin, the disputed provinces claimed by both KRG and Baghdad, to eliminate terrorists there. But the Kurdistan Regional Government also deployed its Peshmerga troops in the disputed areas.

KRG President Massud Barzani ordered the Peshmerga “to exercise restraint in the face of provocations, but also to be in a highest state of readiness to face any aggressive acts.”

An Iraqi Schoolgirl’s letter to the PMF 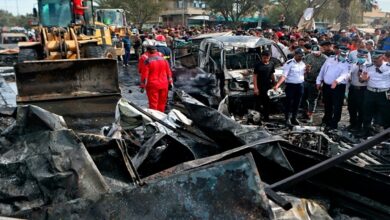