Prime Minister Nouri al-Malikiâ€™s coalition and another Shia political bloc (led by Syed Ammar al-Hakim) announced last night that they would band together to form a new government.

â€œWe formed an alliance to form the biggest bloc in the next Parliament,â€™â€™ Ali al-Allaq, a leader in Malikiâ€™s State of Law coalition, said in an interview. â€œWe agreed to postpone talking about the position of the prime minister until the next phase.â€™â€™

â€œThe agreement was signed by representatives from both coalitions to form a parliamentary bloc â€¦ which will nominate the prime minister,â€ said State of Law official Haider al-Ebadi, who is also a member of Malikiâ€™s Dawa Party.

Asked whether the issue of prime minister had been resolved, he said â€œNo, not yet. The new bloc will nominate one candidate.â€

According to the Shiite News, Malikiâ€™s State of Law won 89 seats in the next parliament. The other Shia-dominated coalition, the Iraqi National Alliance, won 70. The United States-Saudia Arbia backed Iraqiya coalition won 91 seats.

If the alliance between the Shia blocs holds, leaders would need to bring just a handful of other lawmakers into the fold to get the 163 votes required to appoint a new prime minister. The incoming parliament will have 325 members.

Such an alliance threatens to undermine US interests.

While the resulting combination of 159 seats is just short of the required majority, the Kurdish Alliance of the autonomous Kurdish regionâ€™s two long-dominant blocs holds 43 seats and has previously said it would join the new grouping if the two main blocs allied.

However, electoral authorities are carrying out a recount of votes in the key Baghdad constituency, which accounts for 70 seats.

It may be noted here that the upcoming alliance of the two Shia fronts is still four seats short of a parliamentary majority.

Iraqi President Jalal al-Talibaniâ€™s Kurdistan Alliance has, meanwhile, said it would join the two factions should they form a partnership. 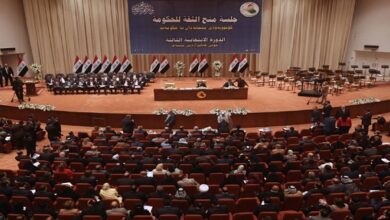 There Is ‘Strong Demand’ in Iraq Parliament to Remove US Troops: Ex-Diplomat 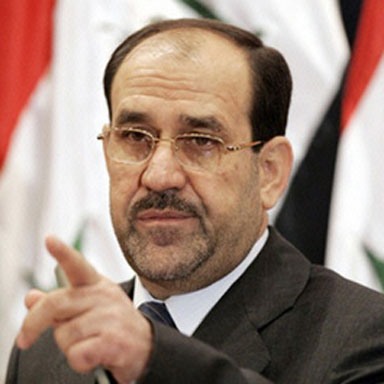