Turnout in the election was reported much higher than expected but the polls were marred by voilence, with doznes killed in bomb and mortar attacks.

However, the official sources told

Though, the final official results will not be declared until the end of March, though preliminary results are expected in two or three days. But unnamed Iraqi officials said that Mr Maliki is leading in nine of Iraq’s 18 provinces.

The key estimates from the Baghdad region, which could swing the results of Sunday’s poll, were not yet available. Â Millions voted, braving rocket, mortar and bomb attacks that killed 38 people to cast their ballots in the second parliamentary election since the ouster of dictator Saddam Hussein in 2003.

Maliki’s State of Law Coalition was ahead in Shiite regions while Saudi and US backed Iyad Allawi, an ex-premier who heads the secular Al-Iraqiya, was leading in Sunni areas, said unofficial estimates AFP obtained from officials across the country. But early indications were looking good for Maliki.

The other leading list is the Iraqi National Alliance of Shia parties led by the Supreme Iraqi Islamic Council Syed Ammar al-Hakim and the Sadr’s movement led by senior cleric Moqtada al-Sadr.

It may be noted here that the Iraqi’s were voted to elect 325-member parliament, about 19 million Iraqi’s are eligible voters out of 28 million.

The 6,200 candidates were contesting the election from 86 factions and Six main alliances platforms. 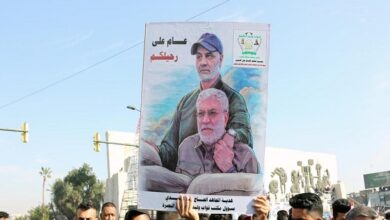