Iraq’s senior Shiite leader Muqtada al-Sadrhas called on Iraqis to participate in the upcoming Iraqi elections set to be held on March 7. According to Shiite News Correspondent, Noted Iraqi Cleric and head of Sadr trend, Mutada Sadr expressed hope that the parliamentary elections will be the beginning of Iraqi people independence and unification.He called on the Iraqi peopleÂ to participate actively in the upcoming legislative elections and underlined the need of massive public participation in upcoming election to remove the occupied forces from Iraq. The leader of the Sadrist movement in Iraq is stipulated in the document (12-point issued recently) on the candidates for the legislative elections to maintain the people’s money and their rights and property and freedom for its support. Muqtida Sadr also called on candidates to followÂ Islamic Sharia, and not to be dragged behind the factional and sectarian fancies, and make maintaining Iraq’s unity, independence and sovereignty, a key goal to work on.

Meanwhile a candidate for the list of State of Law Coalition for the elections told Al-Alam on Sunday that “Saudi Arabia is ruining his country.” Thaer al-Feili said: “Saudi Arabia has done nothing for Iraq but provoke sectarian violence and send terrorists, including al-Qaeda terrorists and bombers who have destroyed Iraq and killed people.” He said that Saudi officials are dependent on the Baath party in the parliamentary elections “because only the Baathists are ready to sell their country to foreigners.”

It may be noted here that the Parliamentary elections in Iraq is scheduled to be held on March 7, but United States, Saudia Arabia and some other Arab countries are supporting the Saddam loyalist Baathists to fulfill their evil designs in Iraq. 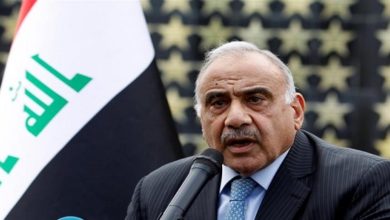