Iraq has executed three dozen men convicted of involvement in the massacre of hundreds of military recruits in the central city of Tikrit in June 2014.

Yahya al-Nasseri, the governor of Dhi Qar province, said on Sunday that the executions were carried out by hanging.

Abdelhassan Dawood, a spokesman for Dhi Qar governor’s office said the convicts had been executed at a prison in provincial capital, Nasiriyah.

“The executions of 36 (men) convicted over the Speicher crime were carried out this morning in Nasiriyah prison,” Dawood said, adding, “The governor of Dhi Qar, Yahya al-Nasseri, and Justice Minister Haider al-Zamili, were present to oversee the executions.”
“They were transferred to Nasiriyah last week after the president (Fuad Masum) approved the executions.”

On June 12, 2014, the Takfiri Daesh terrorists killed about 1,700 Iraqi Air Force cadets in an attack on Camp Speicher, a former US base. There were reportedly about 4,000 unarmed cadets in the camp at the time of the attack. About 400 of the victims were from Dhi Qar.

An investigative committee later revealed that 57 members of Ba’ath Party, which was led by former dictator, Saddam Hussein, aided the Daesh terrorists in the massacre.

The Speicher massacre is considered one of the bloodiest assaults by Daesh since it took over parts of Iraq in 2014. The deadly attack played a key role in the mass recruitment of Iraqi volunteers to fight the terrorist group.

Prime Minister Haider al-Abadi has vowed to expedite the execution of inmates sentenced to death in terrorism cases in the wake of the worst ever single bomb attack to strike the capital Baghdad last month, when over 300 people were killed.

In a separate development on Sunday, nearly 20 commanders of Daesh were killed in an airstrike by Iraqi fighter jets in the northern province of Nineveh.

The Iraqi Joint Operations Command announced in a statement that the military aircraft struck a militant gathering in Sahel al-Aysar region, which lies east of the militant-held city of Mosul. 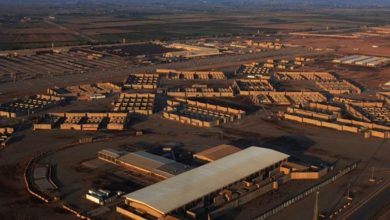 Seven Katyusha rockets hit US base in Iraq’s Salahudin province 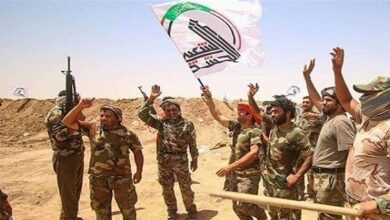