The Iraqi people will rebuild the country after the liberation of Mosul from the ISIL Takfiri terrorist group. Through the peoples’ political, national, strong will and by heeding the guidance of the sources of emulation, there won’t be any danger and uncertainty in Iraq’s future,” Sayyed Sadruddin al-Qubanchi stated during his Friday prayer sermon in the Iraqi city of Najaf’s al-Fatimiyah al-Kubra Husayniyah.

The Iraqi scholar condemned ISIL’s aggression against Iraq’s second largest city of Mosul, saying “Mosul belongs to the people of this region and no one has the right to attack this city.”

He said instead of being preoccupied with the country’s political problems, Iraq’s self-sacrificing armed forces are contributing to the liberation of Mosul and eradicating Takfiri gangs from the country’s territory.

Sayyed al-Qubanchi stressed that any discussion about the post-ISIL era is premature and aims to obstruct the liberation of Mosul and stressed that Iraqis should be able to shape their own future after the terrorists are eliminated.

His Eminence stressed that Iraq’s authorities should pay attention to the wounded members of the country’s armed forces and provide the necessary facilities to treat them and at the same time, praised the support provided by the Iraqi people to the warriors, “which is unparalleled” in the world and the efforts of the country’s medical staff in treating and saving the injured.

He referred to the upcoming Hajj pilgrimage, calling on Saudi Arabia to “make efforts to maintain the security and safety of pilgrims” and stressing that the Saudi government must be vigilant because of the tragic incidents which occurred last year where the lives of many pilgrims were lost in the stampede in Mina. 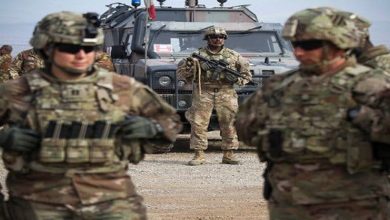